As the mom of a very busy toddler, and a full time employee, and quite preggers, I haven't had much time for writing. The holidays were, as they are for everyone, very busy. I had some time to read, but it's much harder to find time to write because of how difficult it is to be torn away from the computer in the middle of a sentence when my son wakes from his nap. While nothing replaces the excitement I feel when writing, I've been finding new creative outlets. The first has been cooking / baking, and the other is getting my crafty on! I can take no credit for being the creative mind behind my creations - I merely saw what others had done through pinterest or online somewhere - and just put the work into making them.


The first holiday I tried this year was Hallowe'en. One of my favourites, I wanted to do something special this year for our house (named Arkham Manor), but have never been a fan of what a friend describes as "Orange Christmas." To me, Hallowe'en decorations shouldn't be inflatable, but kind of spooky and more "real" than cheerful Christmas-style ones. I also needed something that I thought would be easy based on materials. I went with creepy window silhouettes. My dad was working on a new apartment building at the time and was able to snag me water-heater boxes that I could use. The result was very successful - I had parents and kids telling me how great the house looked. And even a few weeks ago a neighbour I saw mentioned my great Hallowe'en decorations. 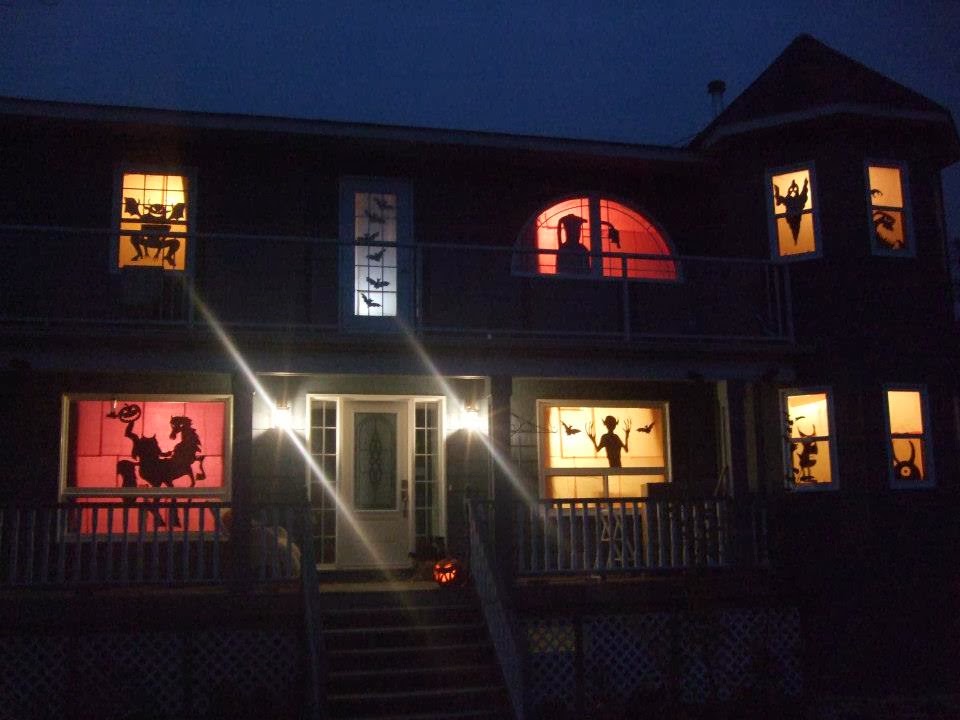 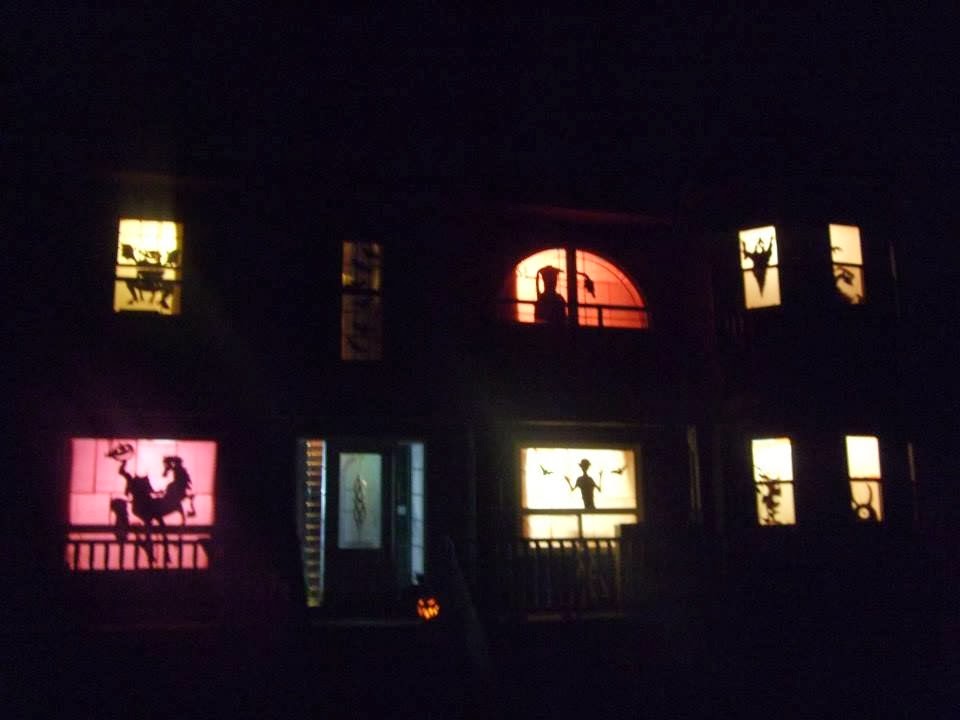 One of my other favourite parts of Hallowe'en is the costumes. I love dress-up, love costumes, and want to do something special every year. But when you're preggers, it's hard to plan a costume around a body that is expanding at a rate you're just not sure of. So I saw this really cute idea for myself and set to working making it. 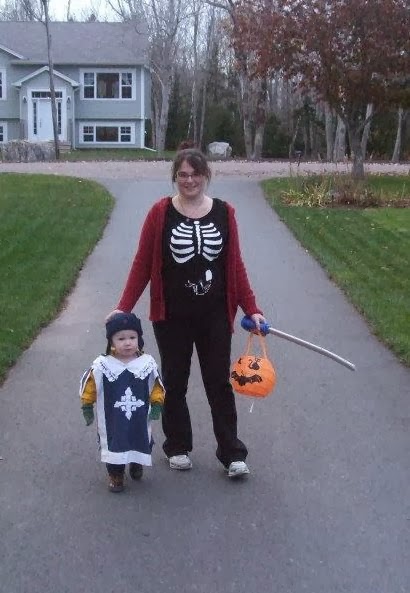 I thought the baby skeleton was cute, and the shirt only cost a few dollars at Salvation Army, and the paint a few more at Michael's crafts. As you can see, my little guy is wearing something that is obviously a DIY costume (because let's face it, I'm not that good yet). I thought sewing - how hard can it be? Hard! That one little costume took many many lunch hours at work to complete. But he is clearly the cutest Musketeer that ever was!

Next came Christmas. I also get pretty excited for this holiday, as I love the spirit of the season, I guess you could say. I like doing something a little extra nice for people and adding a personal touch to their gifts when I can. But since I'm a novice DIYer, it needs to be cheap and easy. I saw a really simple but pretty ornament I could make, followed the instructions, and it turned out really neat. 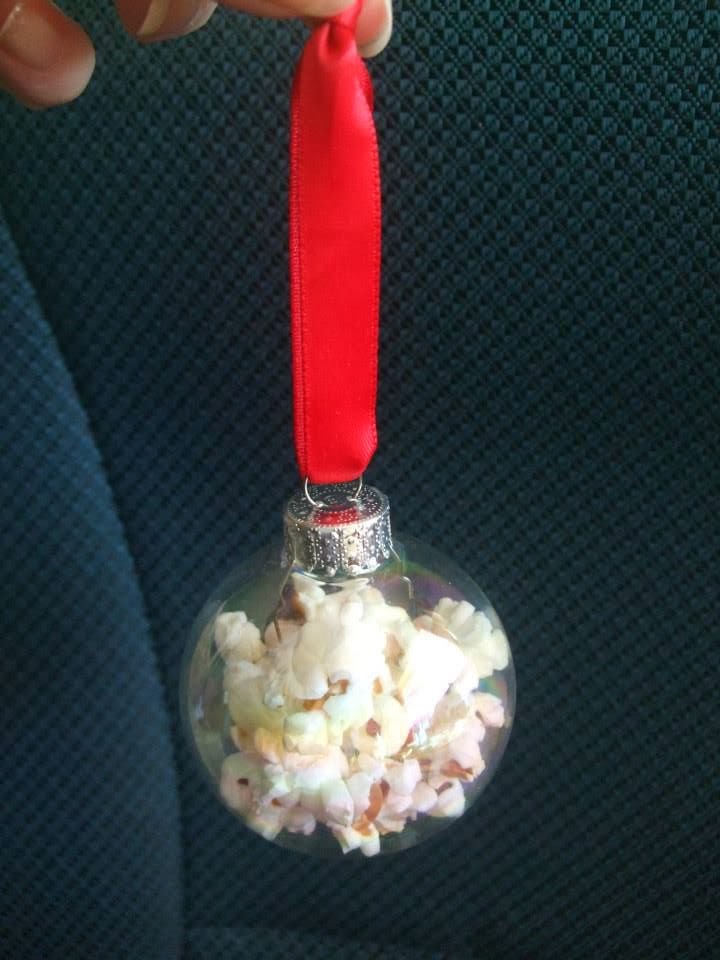 It's simply a glass ornament with popcorn popped on the inside in the microwave, with a red ribbon added. Easy to make but pretty cool, and cheap. I made them for my co-workers this year.

My husband is a computer nerd who never provides Christmas suggestions for gifts. So I went to Google again and saw a neat ornament made from RAM that looked pretty easy. The university I work at has a "surplus" site where you can bid on old office equipment that departments are clearing out. I saw a computer that had no front USB ports (in fact it had a floppy disk drive) and no working power source. I bid one dollar and got it, then gutted it for the RAM and turned it into something unique to hang on our tree. 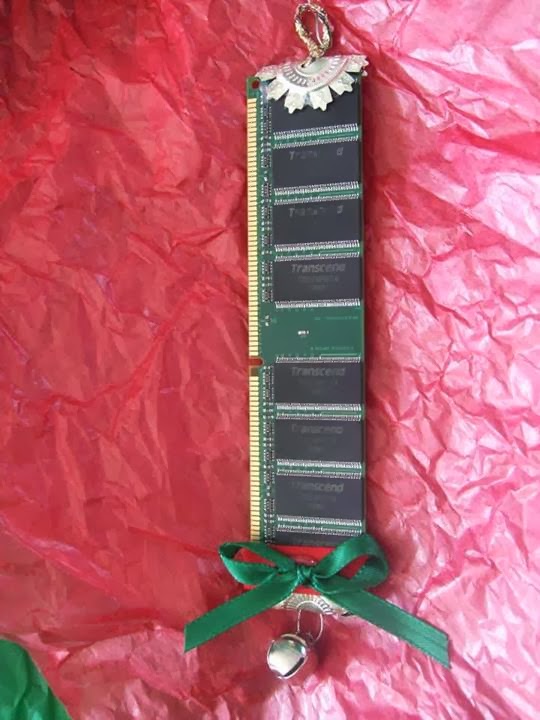 Finally, I have a good friend doing her PhD at the moment. While scrolling facebook one day, this blog appeared for a "Graduate School Barbie" (http://www.huffingtonpost.com/karen-zgoda/graduate-student-barbie_b_4184482.html).  Between my degrees and my job at the university, I've been in academia for over 10 years now and thought everything the author of the blog had to say was pretty accurate of the grad student experience. And very funny. I picked up a cheap Barbie at Wal-Mart and replaced her fun party dress and flashy purse for a sensible shirt and skirt combo I made (thought the material for the skirt was pretty grad-school-ish), and gave the box a make-over. My friend enjoys her new toy! 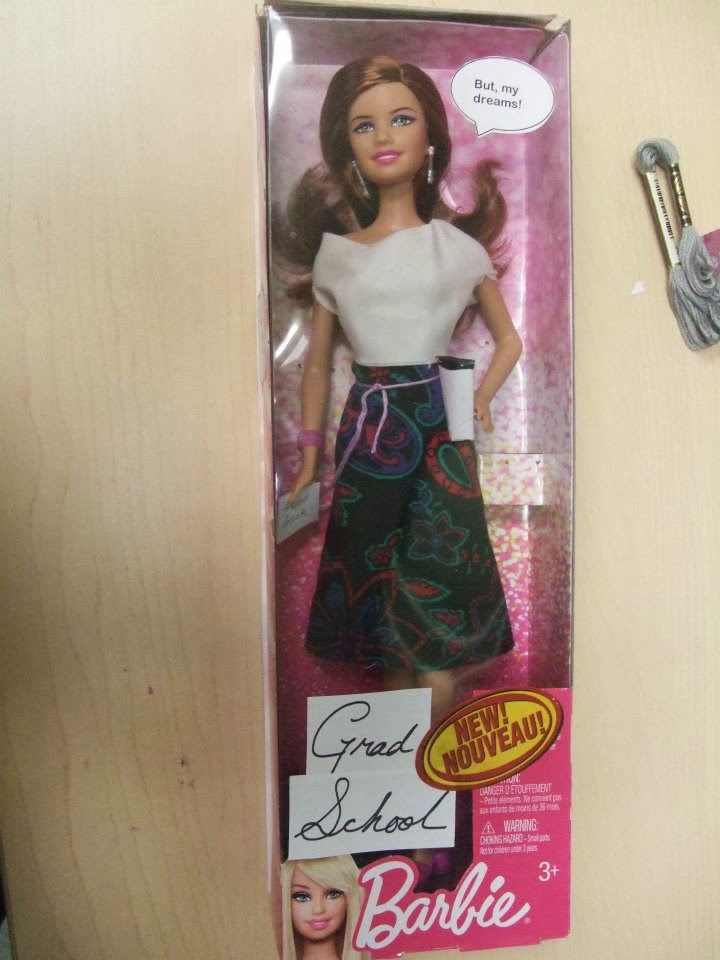 So those have been my DIY adventures. I must say, it's very hard work. I'm happy all my crafting can come to an end for a few months. I don't know how people who do it full-time sustain the energy to keep it going. I'll stick with cooking for a little while now - it's not quite as time consuming and my son likes to help. Writing is just so much easier, but at least I know that when my life is this hectic (and about to get a lot more so in 2 months), I still have a creative flame that can't be extinguished.